Too Late For Anything by Obioha Oti

The book “Too Late For Anything” is a book by Obioha Oti and published by Harmony Publishing.

Regret, betrayal, revenge, lust and greed are some of the thematic concerns in Obioha Oti’s debut novel, Too Late for Anything. The novel centers a simpleton named David Kalu Udensi whom all the actions revolve around. He is the protagonist and narrator through which actions unfold.

The story is told through a first-person narrative technique, thereby seeing the actions enacted through the protagonist’s perspective. The author also uses flashback as the means through which most of the actions are seen making it one long monologue of the narrator.

About Too Late For Anything

The story opens with the protagonist in a cell awaiting death by firing squad, taking stock of his life, the strings of moments that brought him into the circumstance he has found himself. As the whole reason why he is in prison is still much of a big conundrum to him and the reader, encounter with someone who visited him at the prison sheds some light into it, how he became a pawn in a revenge game and thus unspool the reels of the events that culminated into his present unfortunate circumstance.

Through his flashbacks to the events that is leading him to the gallows, we get to see the mind and the kind of personality he is. He is a naïve Christian unbelievably innocent in the ways of the world. He is that kind of a character probably not in the world anymore because his naivety verges on the brink of absolute foolishness. For David Kalu Udensi, the protagonist, his misfortune began the moment he set eyes on Sister Hannah for the first time at his Sunday school and thus became entangled in the machinations of the deceitful and manipulative people.

This he is unspooling to a sympathetic warder who gave listening ears. He demands from the warder that he finds a way of preserving his story to teach others of his foolishness. So, the plot visibly has the oral feel of storytelling. Occasionally, in some chapters, he will pause and address the warder, and others who might get to read his story not to be judgmental and that they should learn from his fall. Which is an attempt at imparting moralism really.

David is from a good Christian home – his parents are pastors –but his tale of woe began the moment he saw a new member in his Sunday school called Sister Hannah – at least so he thought. He is quickly taken into her because of her knowledge of the scripture and steadfastness. He is attracted to her in the agape love of Christian he believed, unbeknownst to him she has come as a wolf in a sheep’s skin. And when some strange circumstances will knit them together, his affection for Sister Hannah would have transmogrified into infatuation.

David takes to trusting people easily which in retrospect he comes to see as the foundational ‘stumbling’ block to his fall from grace:

But it is too late, far too late for anything but regrets. Looking back at the events of the past years, I can clearly see that I had no eyes of my own, no brain of my own, I saw through the eyes of others and reasoned with the brain of others. Those were my undoing. (p 21)

He comes to the realization that he is easily influenced by friends. His decision not to advance to university to further his study was influenced by his best friend who went into trading as an apprentice upon completion of secondary school, he realizes his desire to go to seminary college later was also influenced by his friend, Pastor Daniel.

He takes easily to trusting and believing Sister Hannah and Pastor Dan and get caught in a carefully crafted trap of deceit. Some strange ailment beset Sister Hannah and strangely, it is recommended that in order to be cured, there is no way out than to seek regular sexual intercourse. This is at the point the believability of the story is thrown to the wind. Even though this also shows the naivety of the protagonist, it stops being fiction and becomes a farce. Because it should be argued that even if one is writing fiction, one should be mindful of facts that make fiction believable.

Anyway, David and Sister Hannah are caught in the act of sexual intimacy by a blackmailer who tries to milk David for his naivety. To save face from his church members and parents, he commits further to the blackmailer, even though he comes to a point where he suspects people who might be responsible for his troubles, he is carefully guided to believe otherwise.

He sells his vehicle with which he earns a living, borrows from the church’s purse with the help of Pastor Dan to pay the blackmailer. But, eventually, the secret is let out to the people he fears most – his pastors. To save face, he again listens to the counsel of his friend Pastor Dan to flee to Lagos where he directed him to meet with a friend of his in Lagos that will give him employment. But the complications he will meet in Lagos await him where he will be caught in a bigger web of deceit that will make the police hound him. But will there be any hope of redemption? Will there be clarity to the conundrum around his neck? These are some of the questions the readers will come to answer upon reading Too Late for Anything by Obioha Oti.

Too Late for Anything by Obioha Oti is a didactic story at its best with all the trappings and theatrics of Nollywood. The story seems like the clichéd prototype of Nigerian Christian home videos, even outdoing this genre in sensationalism and overt didacticism. The narrative style of the author is reminiscent of the tracts popularly known as Onitcha Market literature that is highly fixated on the functionality of literature as a vehicle for teaching morals. If it were in that period of time in Nigeria literature the novel was published, probably, it will garner many readers. Oti’s fixation on moralism means he sacrificed too much style to do that to the point of outright boredom and farce leading to many discrepancies in the novel. Like grammatical mistakes, kinesis, believability, character development, narrative voice, amongst others. Nevertheless, Too Late for Anything being Oti’s debut novel, it can only be hoped that the writer will take cues from some of the errors in the book and then go on to write a more nuanced story.

Finally, Too Late for Anything is a novel that some readers will enjoy for its Nollywoodish features.

Check out the book here on asaduibobo

A strong lover of technology, with high aspirations. He is currently in his second year at the University of Benin, studying Industrial Engineering. Hobbies include reading, coding, learning, writing, and gaming. 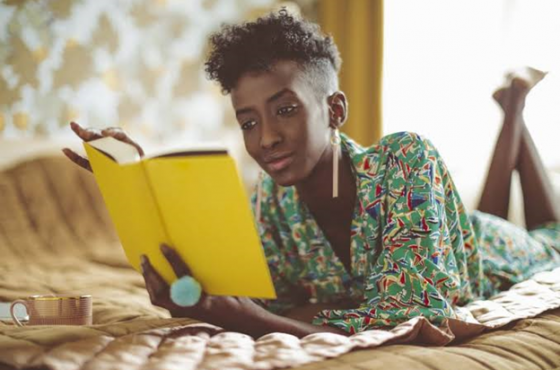 How to get Famous as an Author in Nigeria.

COVID19 and the General Publishing Industry

A Definitive Guide To Self-Published Bestseller

Stay updated with all latest updates,upcoming events & much more.
Terms and conditions apply.